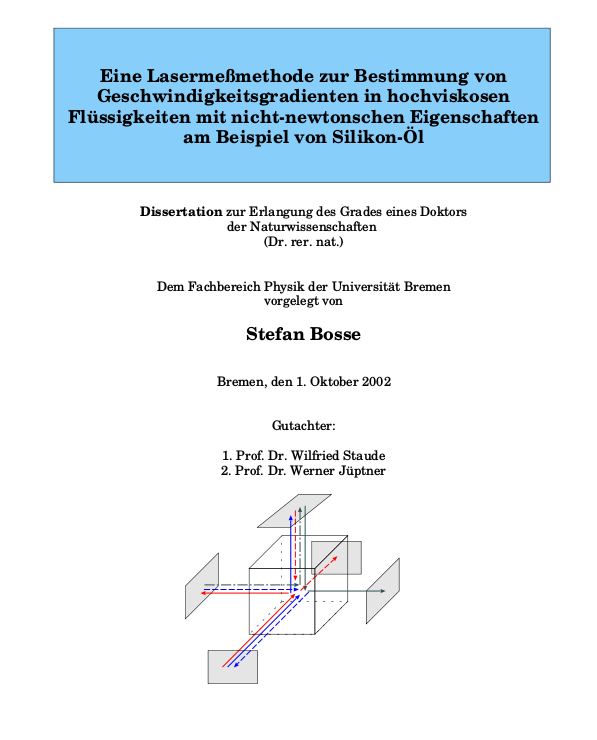 The goal of this PhD thesis was to study local velocity gradients, i. To investigate local velocity gradients of viscoelastic fluids using different types of flow with a laser scattering optical method. From the measured velocity gradient components, conclusions are to be drawn on the expected non-Newtonian behavior of these highly viscous fluids and compared with the models used in rheology for non-Newtonian fluids and analyzed. Furthermore, the suitability of the light scattering method used is to be investigated and the limits of its possible uses to be demonstrated. For measuring individual gradient components of the local velocity field in the flowing fluid, which may be variable in time, or a linear combination of these, a double pulse optical pulse scattered light method (double pulse strophometry) is applied, which is characterized by ease of use and manages without explicit calibration. This method was originally used to measure velocity gradients in laminar and turbulent water flows. In this measuring method, the scattered light of a pulsed laser beam of scattering particles contained in the liquid is picked up by a one-dimensional or two-dimensional light detector. Most commonly used are CCD detectors (Charged Coupled Device Cameras). 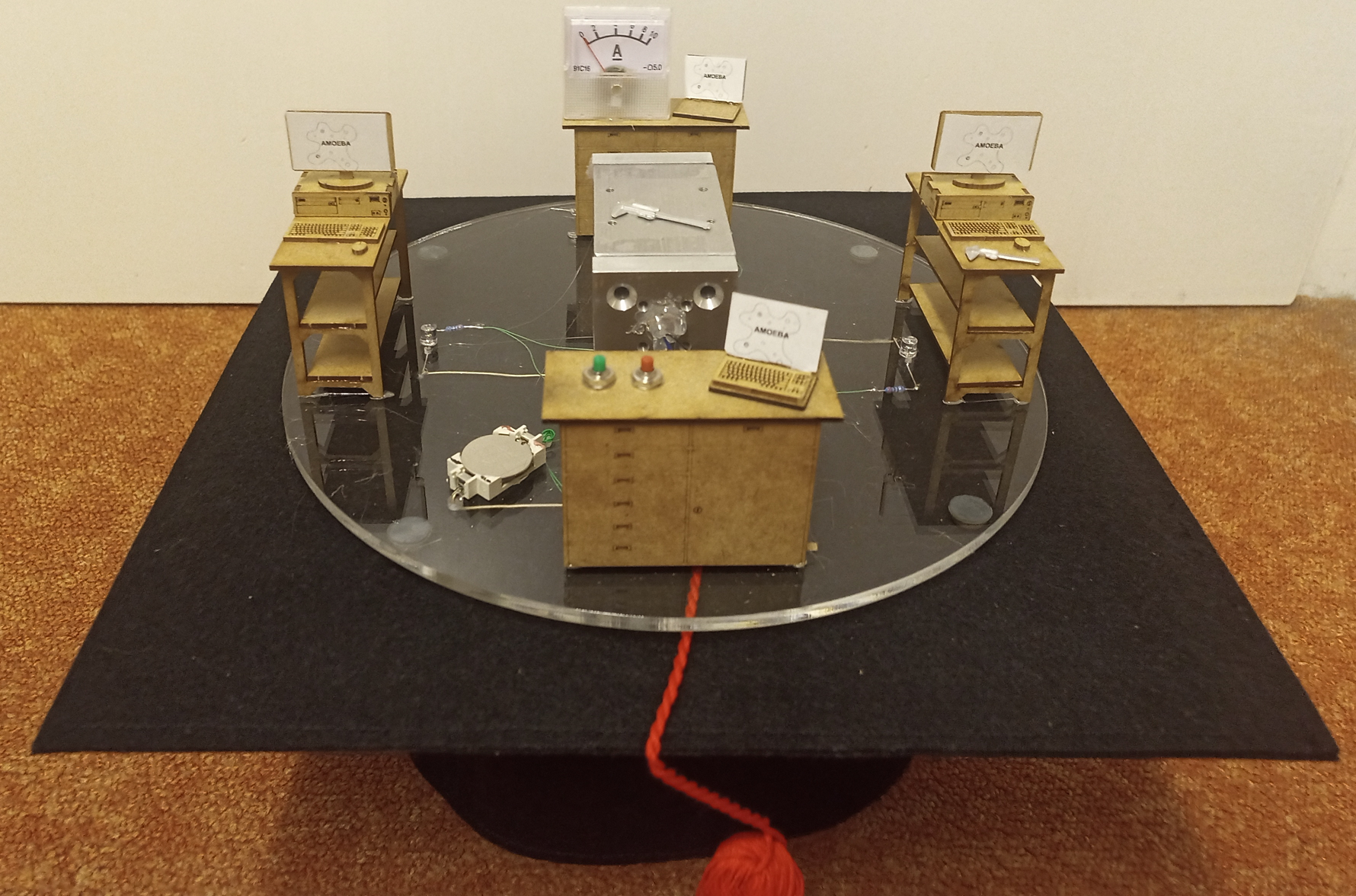 Laboratory on the hat! 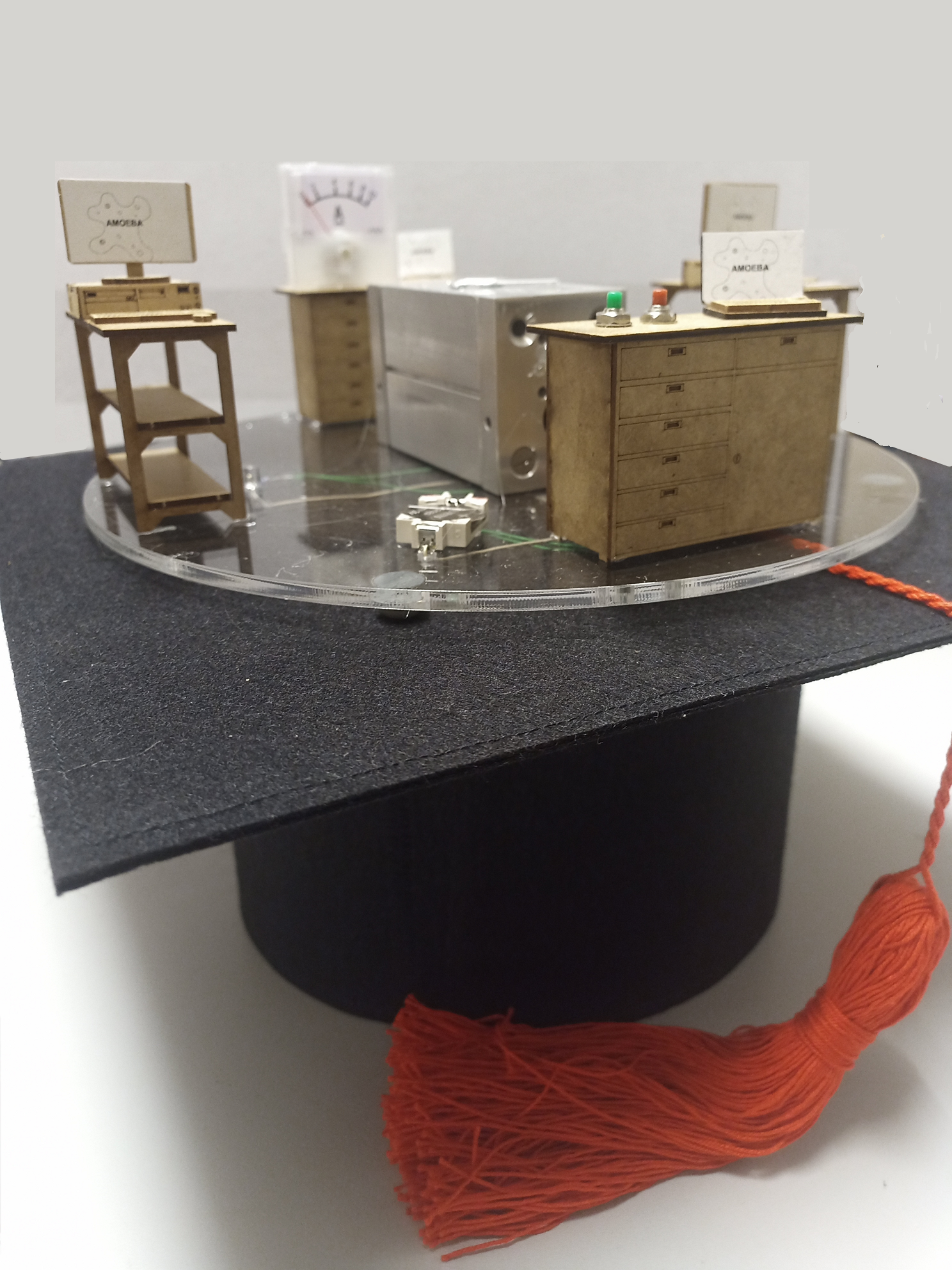 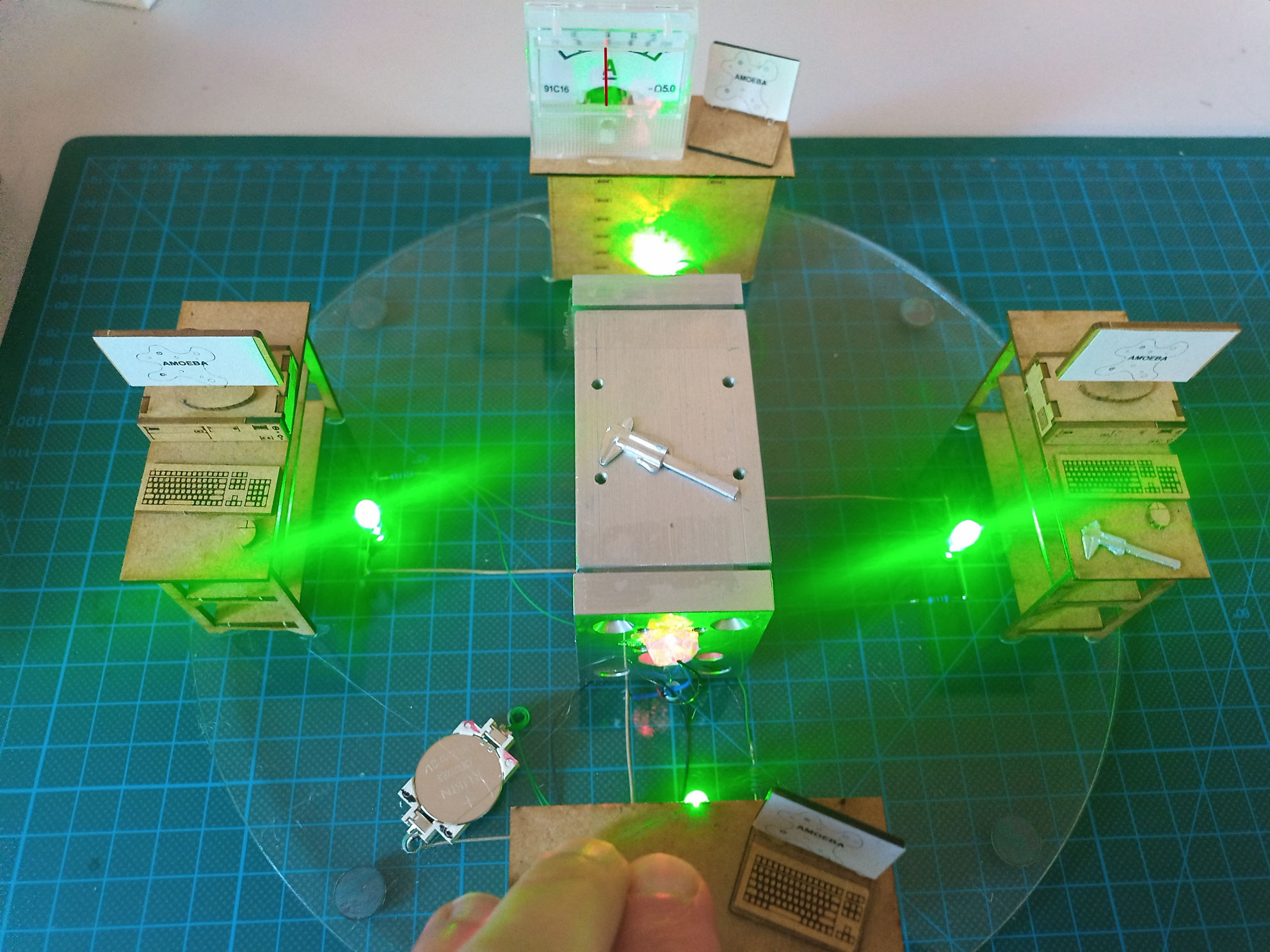